Data has been the bedrock of commerce and human activity since the dawn of the Industrial Revolution a couple of centuries ago. Nation-states have captured and collected data for governance, framing public policies, and establishing the rule of law. Private entities have collected data for a better understanding of their consumers to develop, or improve, their products and services. People have leaned on data to make informed decisions. It’s fair to say that without data, the world would have been infinitely bleaker.

The march of technology has produced as much data as it has helped in increasing economic activity and interconnecting the world, which in turn has churned out more data as a by-product. This is a perpetual, self-feeding, cycle, for good or bad. Data, when strung together in a logical sequence, is information. And, in the modern world, information is power. The dawn of the internet, and communication technologies along with the exponential increase in use of computers led to the explosion of data at the turn of the millennium.

Today, tech giants such as Google, Facebook, Twitter and Amazon, among others, collect so much data of people around the world that it has led nation-states in Europe to put limits on the extent of data collection and what it is used for. But what do you make of it when the government actively collaborates with the private sector to come up with new, and at times coercive, ways to collect personal data relating to every aspect of its citizens’ lives? When it starts building gigantic, inter-linked databases on behalf of the private sector?

In other words, what do you make of a government that is hell-bent on building a 360-degree profile of every citizen in the country? Well, you are looking at the makings of a surveillance state in the service of ‘surveillance capitalism’, which is euphemistically called the Fourth Industrial Revolution. Surveillance state or surveillance capitalism is exactly what the India Enterprise Architecture intends to achieve as the end result in a few years’ time, ultimately obliterating the division that exists between the executive, the legislature, and the judiciary—the fundamental tenet of democracy.

The cover story, “The Makings of A Digital Panopticon”, strips away the layers, providing deep insight into the Government of India’s unbridled endeavour to build 360-degree profiles of each of its 1.3 billion citizens, and counting. We also shine the spotlight on the quality of public data collected by the government for policymaking, problems with drip irrigation that can be the answer to India’s future water woes, how the ever-increasing digital divide is driving a wedge in Indian society, and the positive role that Community Radio Stations can play in the hinterland of this vast country.

Happy reading. And do send us your feedback at: editor@tatsatchronicle.com. 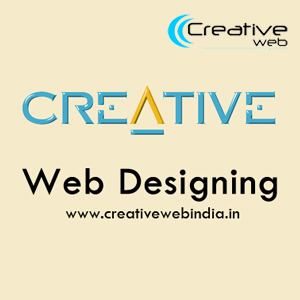